In 2010 and 2011, the Maryland State Highway Administration (SHA), the US Navy, and Maryland Historical Trust (MHT) conducted archaeology surveys in the Patuxent River on a War of 1812 shipwreck. This blog documents our underwater archaeology surveys. 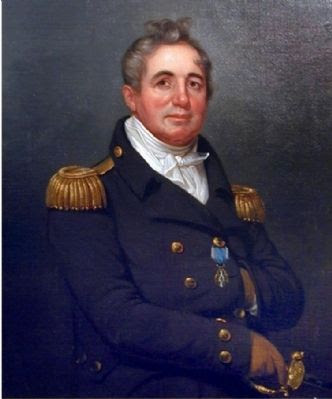 Over the last year, the agency partners have been trying to secure an additional $500,000 for the excavation of the USS Scorpion shipwreck project.  Unfortunately, we are out of time and not enough funding has been raised to carry out the project.  As a result, the cofferdam will not be constructed and the shipwreck will not be excavated or available for public viewing.

Part of the money set aside for the project will be used for War of 1812 archaeology outreach while the remaining funds will be returned to Maryland's Transportation Enhancement Program.

It is hoped the Patuxent River bottom holds the War of 1812 shipwreck safely until another generation of archaeologists can unlock her mysteries.
Posted by project staff at 9:18 AM 2 comments:

War of 1812 Shipwreck in the Media

Although archaeologists are busy this summer working on the research design, permitting, and cofferdam logistics for the 2013 excavation, they still have time to provide interviews and public presentations on the project. This week, Maryland officially kicked off the commemoration of the bicentennial of the War of 1812 and the media was there to capture the stories, including the Search for the USS Scorpion.

Principal investigator Bob Neyland from the US Navy heads out to the site with CSPAN; Project Director Julie Schablitsky, from the Maryland State Highway Administration, and Dr. Neyland were interviewed by National Geographic, and Don Shomette, who found the shipwreck in 1979, gives an interview to NPR.
Posted by project staff at 8:34 AM No comments:

Glimpse of the Ship's Bow

Dr. Bob Neyland shoots footage of ship's bow.  Note the fasteners and holes meant for the ship's rigging. The sound you hear is Bob exhaling from his regulator.
Posted by project staff at 8:04 AM No comments:

Video Clip of Scissors Being Carefully Brought Up to the Surface


Posted by project staff at 8:01 AM No comments:

Posted by project staff at 8:16 AM No comments:

This is our last day out on the site and we have reached all of the project goals for this season. Here is a list of what we have learned.
Up Stream or Down Stream?

We used a probing method to find the ends of the wreck and then we opened large trenches on both ends of the site to expose the bow and stern.  The bow is in beautiful condition with decking, intact architectural features, and iron fasteners. The stern consists of jagged timbers and damaged wood that may have been caused by the charge set to scuttle this ship. The bow is pointed upstream and the stern downstream.

Thirty years ago, a large hole was placed near the stern to recover artifacts from the wreck. These artifacts are on display at the Navy Yard in DC as well as the Calvert Marine Museum. During this early excavation, the team measured the wreck at 48.7 ft. in length by just over 16 ft.  Historical records reported the gun barges were built in both 50 ft. and 75 ft. lengths.

This season's work has revealed the wreck site is 75 ft. long and 20 ft. wide. White PVC pipes were placed around the edges of the wreck and those points were shot in by surveyors. From the surface, it is hard to appreciate the massive size of this war ship, but once below the water you are immediately met by large timbers and perfectly cut and carved wood.  Near the stern, we were even able to sit in the hold that held the crew's personal belongings and provisions. In one location it is possible to reach your hand inside and feel a barrel, still sitting on its shelf.

Time in a Bottle


Although our goal for this year was not to collect artifacts, any disarticulated wood or objects that could be damaged or lost once we left the site were collected for conservation. Perhaps one of the most intriguing artifacts is a handmade aqua pharmaceutical bottle. During the cleaning of the hold area, an archaeologist felt jagged bits of a metal sticking out of the mud, she placed her fingers into the butter-like clay, and found this bottle along with a wide-mouthed stoneware bottle, the latter was left in place. It appeared that these items had fallen out of the crew's shelves and landed in a jumbled heap. The artifacts were mapped underwater and the glass bottle removed for conservation.


Dr. Julie Schablitsky removes the pharmaceutical bottle from a jumbled cache of artifacts. When it was lifted out of the mud, air bubbles trapped from August 22, 1814 were released and traveled up to meet the 21st century.

If you look closely at the bottle, there appears to be adhesive stuck on the exterior that may have once held a label. The bottle was hand made and blown by a glassmaker using a metal pontil rod. The rough mark still remains on the base of the bottle.
Other Interesting Finds


Archaeologists were also able to uncover additional personal and domestic items associated with Barney and his crew. We found a pig foot bone, a piece of wood trim with decorative drilled holes, fragments of decking with rose head wrought iron nails, a corn cob, stoneware bottle, and scissors. All of these artifacts will be taken to the laboratory at the US Navy to undergo conservation.


Is this Wreck the Scorpion?

Since we found a 75 ft. long wreck, does this mean we have a gun barge and not the Scorpion?  Not necessarily, this still may be Barney's flagship. Being cautious scientists, we still do not yet have enough data to unequivocally determine that this is the sloop of war, the Vigilant (a smaller lookout ship associated with the flotilla), or a sturdy gun barge. But, there is nothing to say that it is not the Scorpion. The full excavation of the site along with artifact analysis will eventually provide this answer.

Today, we are tasked with boating supplies and materials back to the Patuxent River Park. Monday the decking comes off the barge and by Tuesday afternoon our floating office and laboratory will be pushed off of the site and back down river. For the next year, we will be coordinating with environmental professionals and engineers to determine how to limit our impact to the river while building a cofferdam.

Perhaps the most difficult challenge will be raising one million dollars, most of which will go to the conservation of the artifacts and materials lifted from the wreck during the cofferdam excavation. At this time, the construction and full excavation of the wreck site will likely commence in summer and fall 2013.
Posted by project staff at 9:40 AM No comments:

We have four days left on the site, but we have accomplished our main objectives. After exposing both ends of the wreck, we have learned that the bow is pointed up stream and the stern, downstream. This might seem the obvious direction, but when a ship is scuttled one never knows what might happen during the blast. The ship may have been anchored during the explosion and may have turned and sunk--that does not seem to be the case here.

The archaeologists continue to work in three trenches located on the bow, stern, and center.  The trench on the bow is now moving towards the stern in an attempt to better understand the ship and find where the hold may be.  During the excavation of the bow, we uncovered what may be a "cathead" or bumpkin on the port side of the ship. A cathead was a carved wooden beam that jutted out from the bow at a 45 degree angle. This beam would help direct and support the raising and the lowering of the anchor. The term cathead comes from the end of the beam often having a cat or lion head carved onto the end. This piece may also be a bumpkin or other piece of ship rigging.

Dr. Bob Neyland shares his thoughts on this piece of ship architecture lifted from the wreck. Although our goal is not to remove architectural pieces from the ship, any loose or unattached artifacts are recovered and conserved.

The center unit has come down on solid planking with a round post jutting up. Is this part of a mast or perhaps a post that once mounted a gun?  At this time it is hard to determine, but what we have learned is that the shipwreck is wonderfully preserved and the potential to learn how Barney retrofitted his flotilla for war is great.  Down in the stern area we continue to see disarticulation of timbers and decking. This week we hope to better understand what happened on this end of the wreck as we dig deeper.
Posted by project staff at 8:07 AM No comments: